the competition aimed to imagine a city that is no longer reliant on fossil fuels.

From the Competition Organizers: “Fossil fuels have shaped the world as we know it. They have defined how we move around in our cars, generate electricity, how we produce and consume food, run our economies, and design our cities. As we’re moving towards a post-fossil future, our addiction to coal, gas and oil will come to an end. This transition and new era will reshape cities and everyday life so radically that it’s hard to imagine what it will feel, taste, smell, and look like. Innovation is the result of responding with ideas to problems. Both the automobile and bicycle were developed in response to dissatisfaction with transportation by horse, and as we know, these means of transportation continue to make an impact on our environment. Planners and architects like Cornelis van Eesteren, Robert Moses and Le Corbusier designed cities for car traffic — machines for living, focused entirely on efficiency. Today, their ideas are seen as failed utopias, that have nonetheless strongly influenced the urban landscape.”

About our project: Rather then creating an imaginary world this projects imagines the future of post fissile fuel cities troughs the eyes of today’s urban problems. Congestion, commuting, urban morphology and land use all govern how our cities function and in the end will influence how post fissile fuel future will look like. By crating mirror images reflecting today’s cities and post fissile fuel cities it is possible to better understand present and future. Those mirror images are simple pragmatic and down to earth visions of future, and one can easily see that the switch to new fuel will not be drastic and will not be a magic wand that will resolve all of our urban issues. Some issues will remain the same but translated into new conditions, some issues will be resolved and open opportunities that will improve our cities by a large margin. Some issues will go away and bring to surface other more complex ones. Smog, pollution and energy inefficiency of the buildings are the problems that can easily be resolved.

In contrast, suburbia and traffic issues are much harder issues to resolve. Yet, as mirror images show, those problems will not go away once fissile fuels end. The way people live in suburbia and cities with low density is not governed by fissile fuels but rather by space, distances and transport opportunities. Those factors influence our cities the most.

We feel that this project is not pessimistic – yes it doesn’t paint bright future, but it shows that most issues can be resolved starting from today. We don’t have to wait for the end of fossil fuels to fix our cities, there is no excuse for not resolving issues that exist today! Only if we stop blaming fossil fuels for everything that is wrong with our cities, and start finding solutions for those problems; only then the end of fossil fuels will be just icing on the cake … 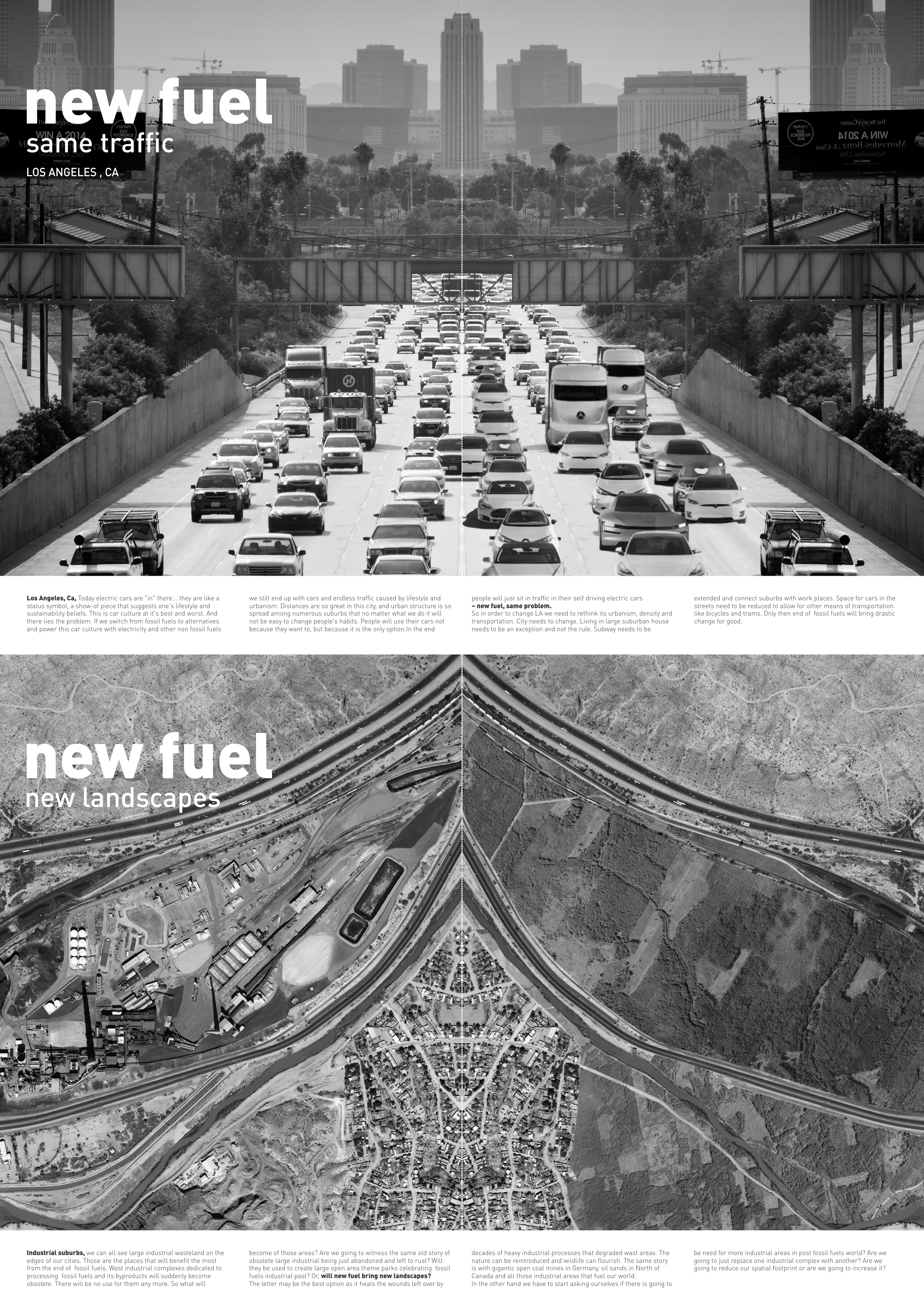 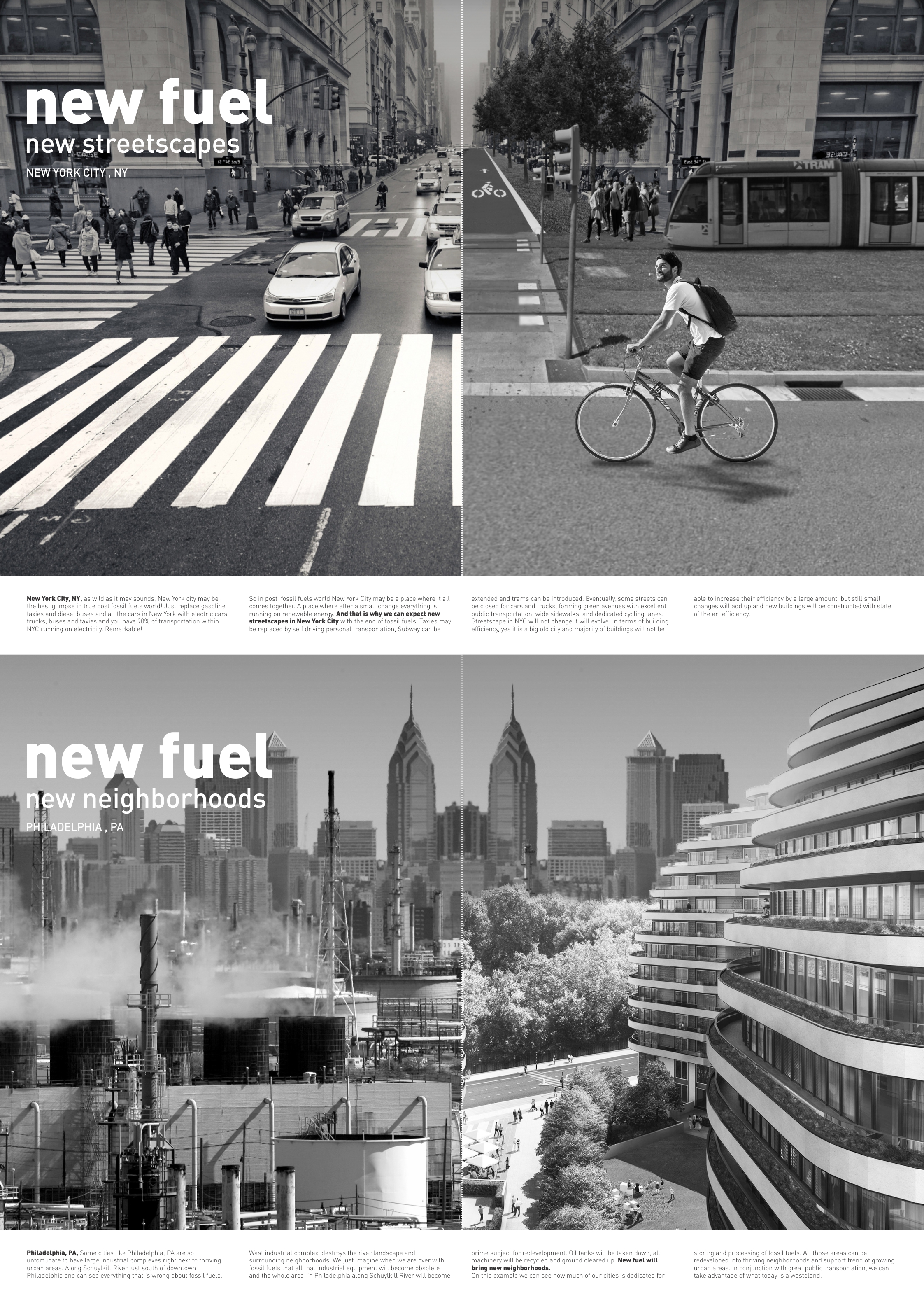 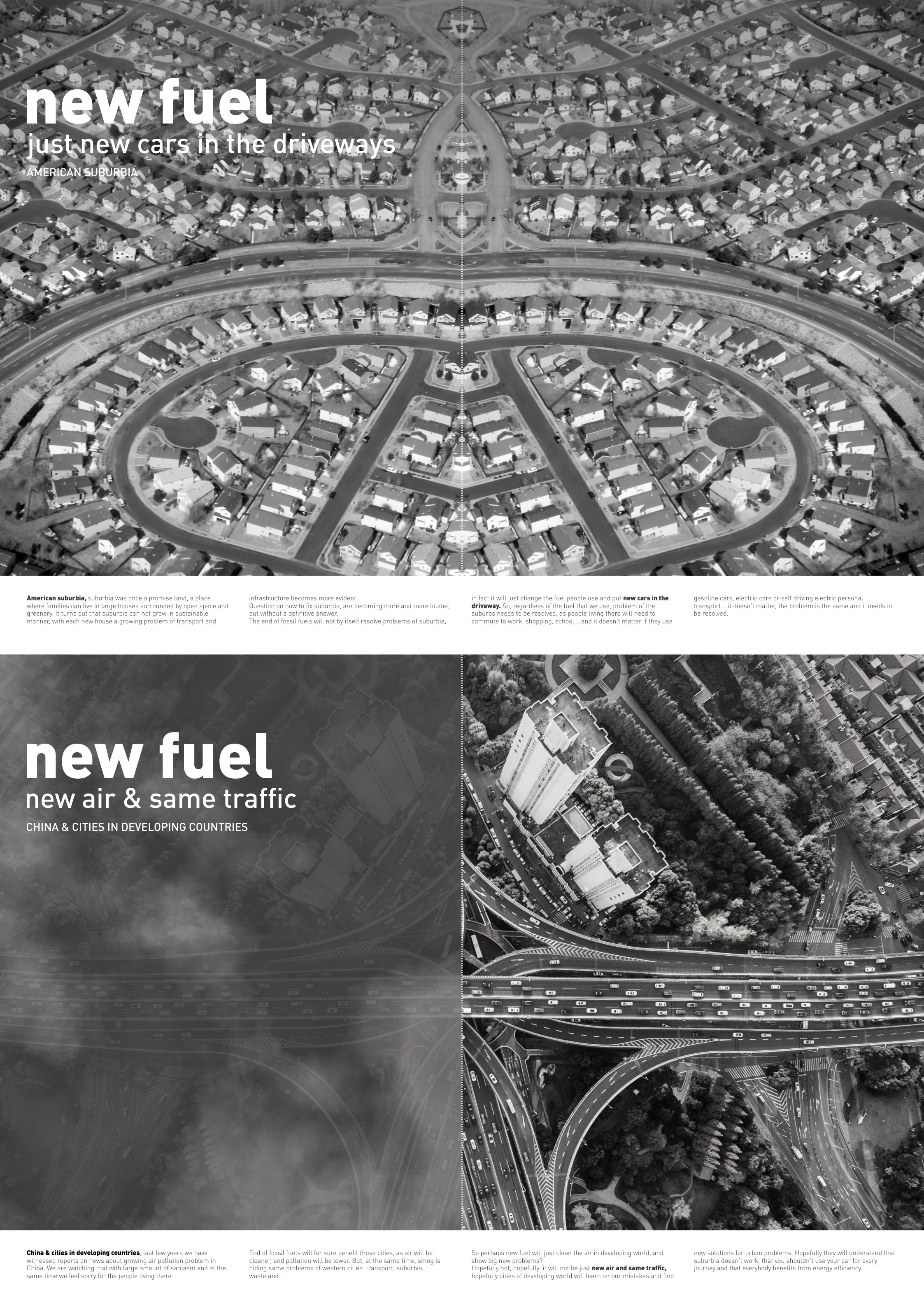